Local band attracting a following, playing at Paléo on Saturday 27th July at 16:30

“Kind and Kinky Zoo” are a local band (one member Oliver is from Nyon, he studied at the Conservatoire de Nyon), the others are from the surrounding region and in the past few years, they have garnered quite a following.

Ten years ago, the band were picked up by Australian label “Straight up Recordings”, and one of their tracks went on to be used by the TV series “The Offspring”. Craig Charles from BBC 6 Music has also raved about their music. 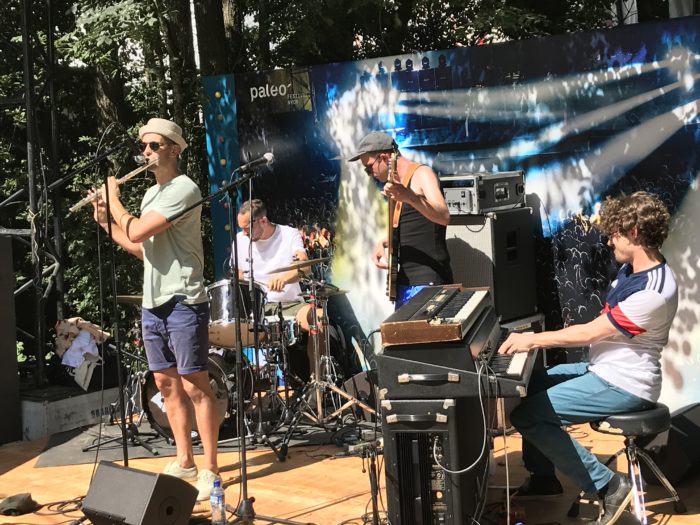 Photo above  CNP – Kind and Kinky Zoo in a small showcase for the press on Monday.

This funk, rock, groove, instrumental band first met many years ago as students (in law, medicine, chemistry) and after an impromptu, successful jam session in a...